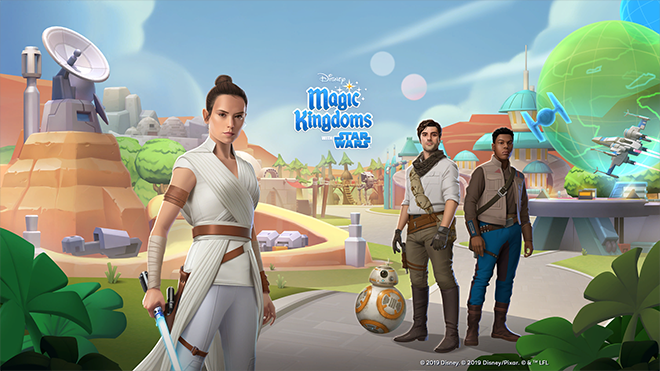 The event starts with the quest Welcome an Ex-Trooper. Complete quests to progress in the event. Purchasing First Order Stormtrooper unlocks her questline, Move Along.... Purchasing BB-8 unlocks it's questline, Let's Roll!.

This event is similar to previous events, where NPCs have to be tapped, in this case Porgs(

Also, the quest Porg-A-Way is available as a 'Teaser Tapper', which gives new players a chance to start collecting Event Currency (

) before the event pre-requisites are completed.

Any Galactic Credits a player had remaining was converted to Gems (40 max.) at the end of the event.

147 Gems by Leveling Up Star Wars Characters and completing quests during the event. 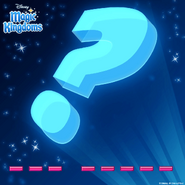 Thank you for playing

Currency converted
Add a photo to this gallery
Retrieved from "https://disneymagickingdomswiki.fandom.com/wiki/A_Galaxy_Far,_Far_Away...._Event_2019?oldid=121888"
Community content is available under CC-BY-SA unless otherwise noted.