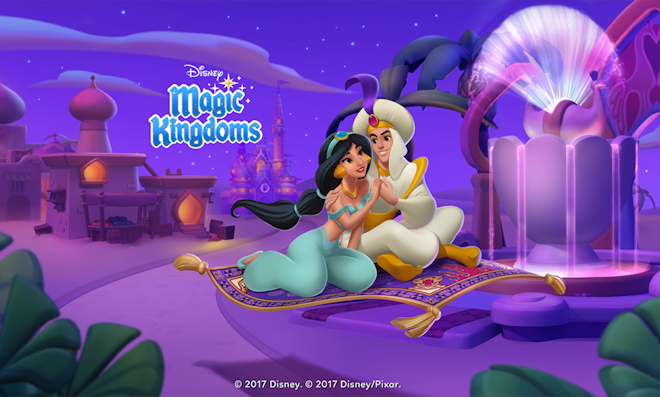 This event is similar to previous events, where NPCs have to be tapped, in this case Golden Scarabs (

Any Sultan Symbols a player had remaining was converted to Gems (40 max.) at the end of the event.

150 Gems by Leveling Up Aladdin Characters and completing quests during the event.

Aladdin has been unlocked!

Abu has been unlocked!

Jasmine has been unlocked!

Genie has been unlocked!

The event has been extended!

Time is running out...

Currency converted
Add a photo to this gallery
Retrieved from "https://disneymagickingdomswiki.fandom.com/wiki/A_Whole_New_World_Event_2017?oldid=172448"
Community content is available under CC-BY-SA unless otherwise noted.