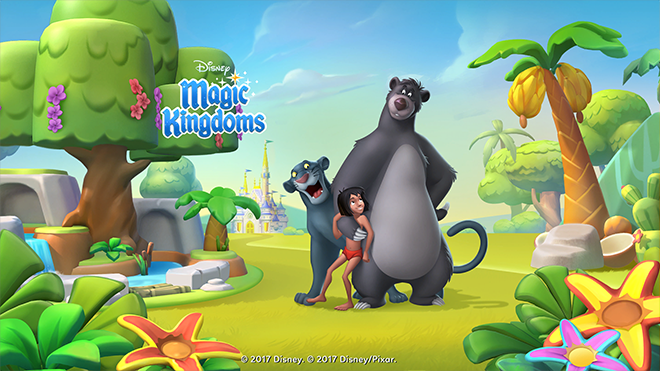 THE JUNGLE BOOK GETS THE KINGDOM JUMPIN’!
The cast of The Jungle Book keeps the main storyline swinging! New Baloo and King Louie join Mowgli and Bagheera, but beware... that fearsome tiger Shere Khan is on the prowl too.

MAKE YOUR OWN JUNGLE!
Bring the jungle to your Kingdom with all new attractions including Baloo's Oasis, and Kaa's Jungle Gym! Delight visitors with The Jungle Book parade float, and new decorations like the Panther Statue!