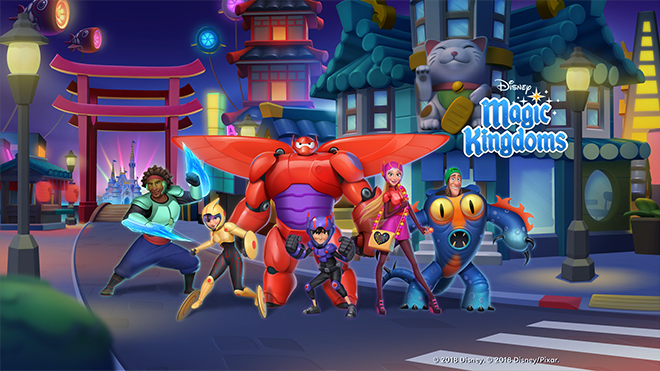 This is not possible! Someone has taken Baymax, and we suspect Yokai has something to do with it! Hiro, Honey Lemon, Wasabi No-Ginger, Go Go and Fred must seek out their inflated, robotic friend. Team up with this band of high-tech heroes in this new time-limited event, and get new content inspired by the award-winning Disney animated film, Big Hero 6.

Set your Megabots to "Destroy," the event starts July 5!

Costume Shop Redirect
Players will be redirected from the Costume Shop to the Chest Shop when there are Fabric Tokens and Costumes that can be acquired in Enchanted Chests.

Calendar Recover Pop-Up Improvement
The Streak Recovery pop-up will now only show when you are in the Daily Reward Calendar.

Parade Reward Collection Improvement
Players will now be redirected to the Parade rather than the Parade Tent when prompted to collect their rewards.