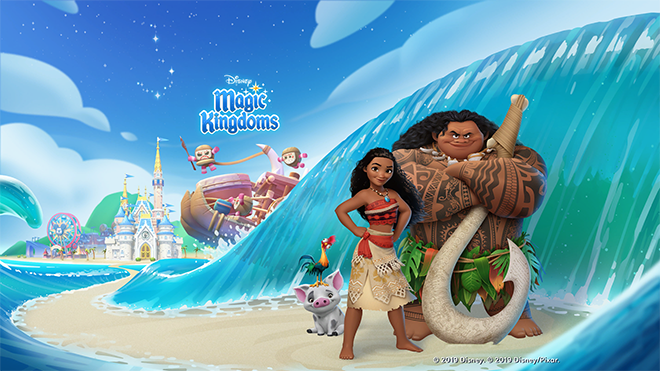 Sure! They may not look threatening at first, but the Kakamora are causing a lot of trouble in the Kingdom! Join Moana, Maui, Hei Hei, and other beloved characters from Disney's Moana as they sail to the rescue in one of the biggest content updates of the year!

Download the update on April 16th, and get ready for an all-new time-limited event starting April 18th!

Moana Event
The Kakamora are making waves in the Kingdom, and we need you to keep them at bay. Luckily, some of the most memorable characters from Disney's Moana have set sail to help! How far will you go to save the Kingdom? The event begins April 18th!

Mini-Teaser Events for New Players
We’re happy to announce the addition of Teaser Tappers which will give new players a chance to start collecting Event Currency as they play through the introductory tutorials. This will only be available during some Time-Limited Events.

2
A
B
C
D
F
G
H
I
K
M
O
P
S
T
U
Next
Retrieved from "https://disneymagickingdomswiki.fandom.com/wiki/Category:Update_29?oldid=158220"
Community content is available under CC-BY-SA unless otherwise noted.