36
Wreck-It Ralph is a character collection consisting of characters from Disney's 2012 computer-animated feature film Wreck-It Ralph, and the 2018 sequel Ralph Breaks the Internet.

Collecting them all wins you 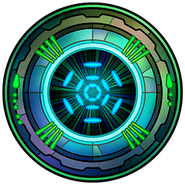 Stained Glass
Add a photo to this gallery