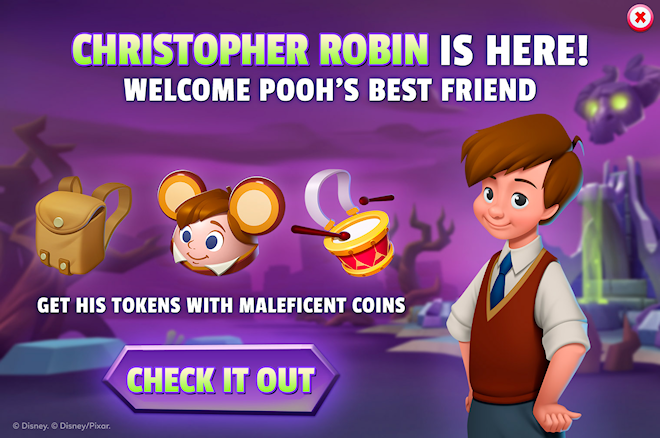 The event is divided into 3 chapters and starts with the short quest Something in the Air... Complete quests to progress in the event.

Maleficent's Tower is powered by three mysterious Crystals. Throughout the course of the three Chapters, you will need to deactivate the Crystals by "Challenging the Tower." Deactivate as many Crystals as you can to defeat Maleficent's Tower.

Challenging the Tower will earn you Event Points which will fill a progress bar. As it fills, you will earn milestone rewards. Fill it completely, and you will deactivate one of three mysterious Crystals. Event Points will also help you rank higher on the leaderboards giving you a chance to win even more rewards!

Any Maleficent Coins a player has remaining are converted to Gems (40 max.) at the end of the event.

35 Gems by Leveling Up Christopher Robin and completing quests during the event. 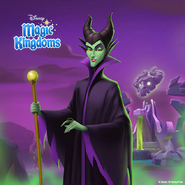 Currency converted
Add a photo to this gallery
Retrieved from "https://disneymagickingdomswiki.fandom.com/wiki/The_Tower_Challenge_(Winnie_the_Pooh)_Event_2018?oldid=154172"
Community content is available under CC-BY-SA unless otherwise noted.